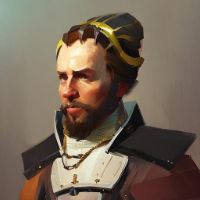 Welcome to the Elizabethan Name Generator! Use this idea generator to generate thousands of possibilities for Elizabethan names. Have fun!

Elizabethan names can be used in a variety of ways. They can be used to name a young person as a form of personalization, or a name for a historical character in a play. The names are often chosen because of their historical significance, or because of the style in which they are pronounced. Choosing the right name for a character in a play can have a great impact on how the play is received.

The most famous of Shakespeare's plays are Romeo and Juliet, A Midsummer Night's Dream, and As You Like It. All of these play are packed with charismatic characters. They also have names that can be used as baby names. These include traditional names as well as uncommon ones. There are also gender-neutral names.

One of the most powerful female characters in Shakespeare is Beatrice. She is the wise romantic interest in Much Ado About Nothing. Her name comes from the Latin word Beatrix.

Beatrice has a strong personality and is very successful. However, she is not willing to marry until she finds the perfect person for her. This makes her a great romantic character.

Another female character in Shakespeare is Ophelia. Ophelia is a Greek name and was first used in the play Arcadia in 1504. Ophelia has been the subject of Romantic art and artwork.

Other female names in Shakespeare are Perdita, Morgan, Beatrice, Celia, Beatrice, and Imogen. Some of these names are inspired by myths or legends. Others were created by Shakespeare himself.

Among the most popular of the female names are Olivia and Jessica. Portia is a wonderful name for a young girl. In addition to its Shakespearean roots, Portia also has a timeless and mature feel.

Another common name is Lavinia. The word Lavinia comes from the Latin caelum, which means "olive". Though not necessarily associated with an odorous little fruit, Lavinia has a Victorian feel.

Another ancient name is Demetrius. This was worn by saints and kings.

Octavia was a common name in the late nineteenth century. However, it has fallen out of fashion. Octavia Spencer may push Octavia back into use.

If you're looking for baby names with some interesting historical connections, check out these famous Elizabethan names. These names are based on people from the period, including actors, politicians, courtiers, playwrights, and more.

The era of Queen Elizabeth I in England saw the development of theater. This era was also a time of international exploration and expansion. It was during this time that the works of William Shakespeare were written. Many of these plays dealt with heroic themes.

During this era, men were commonly named Robert, Thomas, and Richard. Women were often named Alice, Mary, and Doroty.

Other notable names from the period are Ariel, Benvolio, and Claudio. Adrian, Sebastian, and Tamora were featured in some Shakespeare plays.

Rosalind is a popular character in several Shakespeare plays. She's known for her charm and connotations.

Ophelia is also the name of Queen Elizabeth's sister. She appears in "Hamlet". However, she's one of the most tragic heroes in the play. You can also use her nickname, Mags.

Another classic Shakespearean baby name is Lucius. He made appearances in Titus Andronicus and A Midsummer Night's Dream. His Italian form is Auberon.

Desdemona is an elegant and strong woman in Othello. Her Greek roots make her a great name. Imogene is a similar name. There's a reason Americans took to it for a while.

Lavinia is a scholarly name. She has links to the ancient city of Lavinium. Throughout history, she's been a favorite of many authors.

Portia is a strong and mature name. It's a wonderful choice for a little girl who likes to be brave. Even today, Portia is as popular as ever.

The Elizabethan era of England was a time when a lot was happening. There was an expansion of theater, international exploration, and the works of William Shakespeare. While it is impossible to say how many names were used, we can be certain of the most notable ones.

The number of names baptized in Elizabethan times was much less than in modern times, but the pool of given names had 30 to 40 common names for both sexes. However, some names were more important than others. For instance, "Owen Tudor" was an English pattern name with some Welsh components.

Although not exactly a middle name, the middle name "Oliver" could turn into a surname later on. It is also possible that King George VI continued the tradition of using a middle name.

Choosing the best given name isn't as simple as choosing a name for your baby. Traditionally, parents would name their children after the godparents or something of significance. This could be the name of a saint, the city in which the baby was born, or a notable family member.

For women, the top names often attributed to the period are Elizabeth, Margaret, and Mary. Men, on the other hand, were often named William, Richard, or Edward. One in four men was named John.

Of course, it isn't surprising that there weren't a lot of middle names in the 1600s. But the Elizabethan era is notable for having the first national census. Names of the period were indexed to the census and the most notable ones were usually listed in standard references. If you have an Elizabethan name, you are a lucky duck!

Surnames in Wales have a long and interesting history. Historically, names in Wales were quite distinct from other parts of the world. This is due to the patronymic naming system. A patronymic is a name given by a father to a male child.

Many of the Welsh people in the past were named in this manner. However, the use of patronymics declined after the Protestant Reformation. Instead, people adopted more English-style surnames. The Laws in Wales Act (1532-1542) required the Welsh to adopt the English-style naming system.

These new surnames often incorporated "ap" or "ab". In addition, many new names incorporated a prefix to the last name. As a result, the range of available names was greatly reduced.

However, some Welsh speakers have returned to the patronymic naming system. Until the mid-16th century, a person's name was not necessarily indicated by their father or grandfather. Their name was usually the one their child took upon reaching adulthood.

Some names in Wales were derived from place-names, or a person's occupation. Other names might be an inherited surname or a personal nickname.

Welsh people had a limited stock of names. The most common modern Welsh surnames came from adding "s'" or a's' to the end of the person's name.

Some surnames, like Williams, are of a patronymic origin. Others are a derived from a female's name. Often, a woman's nickname may be a surname as well.

Place names are equally common. They can be a surname, a patronymic, or a derived name. It is not uncommon for a name to refer to a person's home village or region. Sometimes, the word "ferch" is added as a prefix to the family name.

The Elizabethan Era, which began with Queen Elizabeth I's reign in 1558 and ended in 1603, was a period of great achievement in English history. This was an age of great English nationalism and the birth of classical ideals. It was also a time of exploration and international expansion.

Most of the population in England lived in poverty. There was little help for the elderly and sick. Many people were forced to work in order to survive.

Women had to obey their male relatives and were treated as inferior. Marriages were often arranged by their parents. Those who did not marry were regarded as witches.

At the start of the era, only one fifth of the population could sign their own name. Then the literacy rate increased and the education system grew. By the end of the era, some of the most prolific writers in the English language had emerged.

Elizabethan England was a country with a long holiday tradition. Many of the holidays celebrated events in the life of Jesus Christ. These festivals were often followed by feasting.

Although the gentry class existed, most of the population was poor. They ate black and brown bread, and coarse beer. Wealthy families ate pork, beef, venison, and mutton.

Elizabethan England had a high mortality rate. Couples had many children. Young children wore skirts until they were about six years old. Parents raised their children to be respectful and obey.

The Elizabethan era is often regarded as the golden age of English literature. Poetry and drama arose under the influence of Shakespeare.

So many ideas, but can I use the Elizabethan names for free?

All random Elizabethan names created with this tool are 100% free to use without any need to provide credit (although we do appreciate the occasional shoutout). Be a little careful though, as there is always a small chance that an idea already belongs to someone else.

Is there a limit to how much I can generate with this random Elizabethan Name Generator?

There's thousands of Elizabethan names in this Elizabethan Name Generator, so you won't need to be worried that we'll run out anytime soon. Just have fun with it.

For even more ideas and some additional options, be sure to also check out the Elizabethan Name Generator over on The Story Shack.