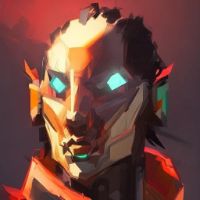 Welcome to the Character Personality Generator! Use this idea generator to generate thousands of possibilities for character personalities. Have fun!

10 tips for coming up with character personalities

The Difference Between Character and Personality

Character personalities, in short, are the personality traits that make up a character's persona. Understanding how they interact with other characters in a story and what their motives are will help writers create believable, three-dimensional characters. It's important to note, however, that there are both positive and negative influences on these traits.

Character and personality play a vital role in relationships, career, and emotional wellbeing. Knowing the difference between these two concepts can help you to improve your life and get what you want out of it.

Personality is the set of inherited traits and beliefs that make up your persona. While there are many types of personality, most are not predetermined. You can change your personality with a little effort.

Character is a more complex concept. A person's character is defined by life experience and social influences. Some traits may be obvious, while others are harder to spot.

A character is usually more complex and enduring than a personality. The most obvious traits of a character are usually the morals that underpin your behavior.

A person's character is also made up of a number of other traits. These traits can include being a good listener, being honest, or being in tune with nature.

On the other hand, a character is less likely to change on its own. Changing your character is a process that takes time and conscious thought.

The most important thing to know about character is that it is influenced by your thoughts, feelings, and emotions. This will affect how you see the world. As a result, it can be a powerful force.

A character may be shaped by an external force, such as society, or an internal force, such as your mental state. For example, a strong person is often considered to be one with a lot of inner strength and self control. However, a person with a good personality can be a force with unimaginable potential.

If you want to improve your character, it is wise to live each moment with a sense of integrity. This will ensure you have a more productive life.

One of the main functions of a character is to prompt beneficial interaction with other people. It also helps you to achieve your goals and fulfill your obligations.

Another useful character-related feature is the ability to change your mind. Having a good character can mean the difference between winning a popularity contest and being a walking disaster.

Myers-Briggs Type Indicator (MBTI) is a psychological assessment tool designed to help people understand their personality type. It is based on the theory of Carl Jung. The tool assigns people to one of 16 different personality types. This type can be used to identify personal strengths and weaknesses as well as help determine career choices.

MBTI is not a test, but an introspective self-report inventory. People can take the test online or in person for a fee. It is administered by a certified MBTI practitioner. Despite its popularity, the MBTI test has faced some criticism, including the claim that the results are not accurate. However, there is substantial empirical research pointing to the validity of the MBTI.

The MBTI assessment tool is a self-report inventory that identifies personality preferences. You are assigned to one of 16 categories based on your answers to 93 forced-choice questions. When you are finished, you are given a readout of your Reported Type, usually a number and a bar graph.

The MBTI is a popular tool for individuals to learn more about themselves and their interactions with others. It can be used for personal development, for career advice, and for relationships.

While the MBTI is a valuable tool, it is also important to remember that there are limitations to its accuracy. Among the most significant are the inherent biases in the conceptual design of the instrument and the fact that a person can never be considered fully unbiased.

Because of these limitations, the test may not match a person's entire personality. Additionally, the test is only as good as the person administering it. If you are considering taking the MBTI, it is always a good idea to seek professional guidance. Aside from that, it is not recommended to over-interpret the results of the MBTI.

Despite its shortcomings, MBTI can be a useful tool for determining the strengths and weaknesses of your personality. With the use of a MBTI, you can better understand how you interact with other people, and how you are likely to make decisions.

Character traits are defined by the way that you act with other people and at work. The good ones include extroversion, agreeableness, conscientiousness, and openness to experience. Some of the negative ones include arrogance, jealousy, pessimism, and passive aggression. If you want to lead a happy and successful life, learn to identify and cultivate the best of these traits.

One of the best ways to gauge your character is by completing a questionnaire. In addition to measuring your actual personality traits, a well-designed test can help you understand your strengths and weaknesses. They can also be fun and interactive. Taking the time to learn about your own traits and abilities will pay off in the long run, especially if you want to be an effective leader.

A character test can tell you not only what your actual personality is like, but how much you believe in yourself. It can also show you what you need to work on to improve your overall personality. When you know what you like and don't like, you're more likely to make informed decisions. Learning to recognize and overcome your own traits will allow you to succeed in the real world.

There are many different kinds of character tests, from a simple questionnaire to an interactive experience. You can even use a tool such as an infographic to demonstrate your character traits. With a little self-awareness and determination, you can develop your own unique set of positive traits. Whether you're looking for a career change or simply need to better understand yourself, it's never too early to start developing your own personality.

While it's easy to say that character traits are boring and largely static, the human mind is more than willing to develop novel ways to interact with others. Developing a sense of your own character and the strengths that come with it will enhance your ability to meet the challenges that life throws your way. Identifying your own character traits can be an enjoyable exercise, especially for kids. So, do it! Take the test, and you'll be well on your way to a happier, more successful future.

There are three ways to create three-dimensional characters. Each method has its own unique features. But no matter what method you choose, you'll need to develop your characters over time.

First, decide on which characters you want to develop. Choose the characters that will be your primary and secondary characters. Then begin writing detailed descriptions of them. You can describe their physical attributes, their hobbies, their political affiliation, and their marital status.

In addition, you'll need to develop your characters' personalities. This can be done by studying individuals in real life. Studying people will add dimension to your characters, and it will help you to understand them on a deeper level.

Lastly, develop your characters' moral values. Characters are defined by their actions, and they are influenced by their beliefs. For example, a police officer can be a minor character in a thriller, but he may want to be a detective.

It can be difficult to develop three-dimensional characters, especially if you're a first-time writer. However, you can use the following steps to help you craft more realistic and believable characters.

Using exercises, you'll fill out notebooks with character sketches and definitions. Finally, you'll write a chapter about your characters. This will allow you to define your primary and secondary characters, and begin writing your novel.

These five steps can help you to create more realistic and believable characters. They will also allow you to develop your characters over time, which will make them more interesting to read. Remember, best intentions don't always lead to great outcomes.

Creating three-dimensional characters can be a challenging task, but it's well worth it.

So many ideas, but can I use the character personalities for free?

All random character personalities created with this tool are 100% free to use without any need to provide credit (although we do appreciate the occasional shoutout). Be a little careful though, as there is always a small chance that an idea already belongs to someone else.

Is there a limit to how much I can generate with this random Character Personality Generator?

There's thousands of character personalities in this Character Personality Generator, so you won't need to be worried that we'll run out anytime soon. Just have fun with it.

For even more ideas and some additional options, be sure to also check out the Character Personality Generator over on The Story Shack.