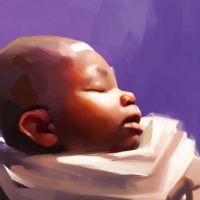 Welcome to the Baby Name Generator! Use this idea generator to generate thousands of possibilities for baby names. Have fun!

What You Need to Know About Baby Names

There are many things you need to know about baby names before you decide on one. Some of the things you should know are where they come from and what they mean. You may also want to read about the history of certain names, such as those in the Bible or from pop culture.

One of the biggest influences on baby names is pop culture. This could be anything from TV shows to movies. Pop music, which is becoming more popular every year, has also contributed to the popularity of some names.

There's no question that a great song can boost the popularity of a name. For example, Joanna's popularity increased after Kool and the Gang's "Joanna." In another case, a movie star's name can get a new look from a hit soundtrack.

Similarly, a good television show can influence how we think. In the case of The Big Bang Theory, Penny's name got a big boost.

A name inspired by a book or a film may not make the chart, but it can be a fun idea for parents. Names like Renesmee, a new creation by Stephenie Meyer, are a good example.

As more Americans become more likely to choose more unique names, some people have begun to consider the influence of pop culture on their babies' names. The Office of National Statistics (ONS) has published a study that analyzes the cultural and historical impact of popular media on naming children.

Some of the most important pop culture influences on baby names include Marvel superhero movies, Harry Potter, Game of Thrones, and Doctor Who. Other influences are family members, celebrities, and popular TV shows.

However, pop culture can't change all names. Parents glom onto names that sound interesting. That's why names that combine sounds are more popular than those that end in a certain letter.

One of the most popular baby names today is Rihanna. Her Umbrella album was a juggernaut in 2007. Its influence on names was huge.

Another is Hermione, a Greek name. While the name doesn't have the same ubiquity as other celebrity baby names, the name has become a staple for parents. And while it doesn't make the list of the most popular baby names of all time, it has had a strong impact on children in the United States.

In the UK, Amelia was the most popular girl's name for 2014, but it didn't hold its own in the long run. But a movie about a naive Parisian girl did.

Origins in the Bible

When naming babies, it's important to know the origins of the names. The names in the Bible give us some clues about their purpose and meaning. They are also names of biblical characters and places. Below are a few of the most common baby names in the Bible.

Among the oldest are Noah and Abraham. These names are considered to be boy's names. Their ancestors were the earliest people on earth. Some of the peoples that are related to them are the Europeans and Native Americans.

There are also names with more modern connotations. In the New Testament, we have Simon, a fisherman, who became a follower of Jesus. He was the first martyr.

Another biblical name is James, which means "grace". It is a Hebrew name that means "gift of God." Several other notable men were named James.

Also, the Hebrew word for eagle, Aquila, is a commonly used baby name. Aquila is the husband of Priscilla.

Other biblical names include Abihail, Dinah, Joktan, and Shifrah. Originally, these names were given to the prophets in the Old Testament. Nevertheless, they have been used as English baby names in the past.

Bartholomew was an early missionary to India and Armenia. He was martyred by flaying. Likewise, Nathanael was an apostle. He was also named after the name of one of his parents.

The Old Testament also has the name of a woman who was abducted by Shechem. She was also named Beulah. This daughter of Yahweh was the mother of Dan.

The book of Psalms includes the song called Selah. This can be translated as "forever". But it can also mean break, a break in the singing of the Psalms.

One of the more popular names of the Bible is Gilead. The Old Testament states that Gilead was a land of hill country. It was mentioned in Judges 11:1 and Numbers 26:29.

Another Bible place name is Moab. It's also the moniker of the son of Lot.

We also have the name of a prophet, Isaiah. Isaiah was born in the eighth century BC. His name became an English Christian name after the Protestant Reformation.

When choosing a baby name for your little one, it's important to keep in mind the origin of the name. Many of the popular names in use today have roots in biblical or ancient times, and are used for a variety of reasons. For instance, many of these names are gender neutral, meaning that they're suitable for boys and girls alike.

There are also several names with a wide range of meanings. Some of these are based on looks and appearance, while others are based on cultural or religious significance. In any case, there's a name for just about any personality.

Some of the most common girl names in use today start with A, such as Ariel and Abigail. Both of these have roots in the Hebrew language. The Hebrew version of the name, Ariel, means lion of God. It was also used as a variant for Jerusalem in the Old Testament.

Another name that starts with A is Aurora. This Roman goddess of sunrise is associated with the Northern Lights. She's also a part of the mythology of Sleeping Beauty.

Other popular names that begin with A include Isla, which is popular in Scotland, and Elsa, which is derived from the German and Dutch name Else. And Abigail is another name that begins with "a" and is considered to be a prophetic name.

Some of the names that started with A in the past couple of decades have been re-emerging. Names like Chloe and Evelyn have made a jump in popularity in the early 2010s, and Phoebe is gradually making her way into the mainstream.

While there are a lot of names that start with "A" on the list, it's a good idea to remember that not all names have an equal number of popular statuses.

Meanings in other cultures

In addition to the traditional Western names, naming your baby in a different culture can be a wonderful way to celebrate your family heritage and set your child up for life. You can find exotic baby names in several cultures, including Africa, India, Asia, and Europe, and you may even find one you'd like to use.

Although the process for naming a baby in other cultures isn't as rigorous as in the West, a baby's name often signifies something about the family or the child itself. In many cultures, the name is chosen ceremoniously, and sometimes there are even religious and mythological connections. If you're looking for a unique baby name, these are some of the more unusual and popular choices.

Akan and Igbo cultures have their own special meanings to baby names. Both have a strong association with water, and you'll find a host of names for infants that are associated with lakes, rivers, and other bodies of water.

Japanese names can be a little strange, but you'll find many beautiful ones. Some of the more uncommon names are Kairo, which means "one who is victorious".

In Japan, a lot of people put their family's name before their given name. For example, they may give their child two syllables from the Chinese alphabet, which varies depending on what the parent wants.

Many Italian baby names have religious meanings. While there aren't as many as you might think, you can choose from a wide variety of Catholic saints, such as Vincenza, Mathis, and Matias.

Indian and Arabic baby names are often more colorful than their Western counterparts, and you'll find a host to choose from, as well. Whether you're looking for a name that is short or long, sweet or mysterious, these exotic baby names have plenty of unique and interesting options.

Besides exotic names, you can also choose from names that represent universality. There are a variety of cross-cultural names to choose from, such as Asa and Idris. Several of these names are biblical, while others represent cultural and family heritage.

So many ideas, but can I use the baby names for free?

All random baby names created with this tool are 100% free to use without any need to provide credit (although we do appreciate the occasional shoutout). Be a little careful though, as there is always a small chance that an idea already belongs to someone else.

Is there a limit to how much I can generate with this random Baby Name Generator?

There's thousands of baby names in this Baby Name Generator, so you won't need to be worried that we'll run out anytime soon. Just have fun with it.

For even more ideas and some additional options, be sure to also check out the Baby Name Generator over on The Story Shack.