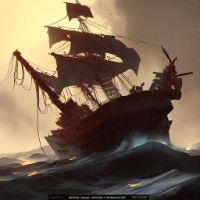 Welcome to the Ship Name Generator! Use this idea generator to generate thousands of possibilities for ship names. Have fun!

The Importance of Unique Ship Names

Ship names are a very important part of maritime culture. Whether it's a yacht or an aircraft carrier, the way the name sounds has a lot to do with the vessel's identity. For commercial shipping vessels, unique and distinctive ship names can provide a huge advantage. In fact, the prefixes, or initials, of the name are also very important in determining the use of the vessel.

Prefixes help determine a vessel's use

Ship prefixes are small abbreviations that appear in the names of vessels. They help determine the vessel's purpose, and they are important to the marine industry. In addition, ship prefixes also serve a more formal purpose.

Merchant Navy ships, for example, have standardized rules for ship nomenclature. For instance, every merchant navy ship built in Britain must have a prefix of "Empire". Several languages in the world use prefixes, but only some of them apply them to naval vessels.

Civilian vessels have a variety of ship prefixes that indicate the type of vessel, its mode of propulsion, and even technology. For example, a pleasure craft boat may not have a ship prefix, and a commercial or privately owned boat will omit the prefix altogether.

Among the most common ship prefixes are those for military and government vessels. However, the vast majority of prefixes are for passenger and offshore vessels. Interestingly, some prefixes have fallen out of use over the years.

A few of the most common civilian and naval ship prefixes include US, NS, NUSS, USNV, LPGC, TB, DB, KMS, HLNMS, HNoMY, and YW. The latter is a term used for a fiberglass boat.

Some of the more interesting prefixes are the SS, which stands for a steamship. Historically, the steamship had a wide range of meanings. These include a single-screw steamship, a motorship, or an oil tanker.

SS is also a prefix that appears on the names of deep-submergence vehicles. This type of vehicle can be used for rescue, research, and professional diving operations.

Despite the fact that many of the ship prefixes mentioned above have historical significance, they are rarely used for internal identification. For example, the Royal Mail Service's "HMS" abbreviation is not used to identify ships.

One exception to this rule is the United States Naval Ship, or USNS. This designation is used to identify civilian-manned vessels in the Military Sealift Command. It is a tribute to the famous Sullivan brothers who died during the Second World War.

Other ship prefixes are primarily used to indicate the type of propulsion a ship uses. For example, the USNS Mercy is a non-commissioned civilian ship in the Military Sealift Command.

The best way to put it is that they are not necessarily. A ship is more than a vessel for your cargo; it is also a metaphor for a family bonded by sea and land. Hence, ship naming has become an art unto itself. To get it right you need a well crafted charter. Thankfully, many ship owners opt for the less costly, more humane route. Whether it's a matter of opportunity or a matter of necessity, one can only hope they do not end up on the same merry-go-round as you do. After all, it is not every day you see your favorite band. Of course, there are other pitfalls to avoid. There are a few things you need to keep in mind before you board the vessel of your dreams.

While a little more trite, a well conceived naming scheme can keep your crew contented for the duration of your voyage.

There's no denying that ships and boats are manmade objects that require a lot of care and attention. A lot of thought goes into choosing the perfect name for your vessel. The process is not as easy as it sounds. Some ships are named after mythical goddesses while others are named after colloms in port cities.

Names for water crafts have been in use since the dawn of recorded history. However, it was only later that feminine names became the norm. In the past, sailors dedicated their vessels to mythical or mortal women, a la the aforementioned aforementioned aforementioned. Today, most ship owners opt to leave their names alone. So, how do you choose the perfect name for your new yacht or speed boat?

For starters, you have to pick a reputable company to do the honors. Luckily, there are plenty of firms around that specialize in this sort of thing. As you might expect, there are numerous advantages to choosing a name with an eye towards long term protection and safety. One of the more common mistakes is going with the cheapest option.

If you're going to take the time to choose a name for your vessel, you should also take a look at the local waterways. Each civilization has its own tradition for naming boats. It's also a good idea to look into local etiquette and history to avoid any unwanted sex or gender discrimination. You can also do some legwork online to ensure that you choose a name that is not only appropriate for your vessel, but also represents your values and personality. After all, you don't want to be dubbed a dunce.

While it's not necessarily the most efficient way to get from A to B, a smart choice in a boat is worth the effort. The best ones are those that are both functional and fun. They are a great way to see the world while still maintaining some level of privacy. On the other hand, if you're lucky, you might even find yourself sailing through exotic ports with a new found friend or two.

These elements are: the prefix MV for motor vessels, MS for motorized fishing vessels, SY for sailing yachts, and the lettering 'ex-' for an earlier name. These prefixes are usually shortened to 'MV' 'MS', 'SM', or 'SY'. Depending on the owner, the lettering of the ship's name can be painted in the vessel's new colors.

Ships are the largest component of world commerce. Their role is to carry cargo and passengers across the world's oceans and rivers. They are used for trade, exploration, and specialized missions. Usually, they are not seen or heard from for months. If a ship becomes unable to sail, it may be scrapped or scuttled.

Traditionally, non-military vessels are given female names. In some cases, they are named after the shipowner's wife, her paramour, or the working girls in the ports where they sail. Other times, they are named after a local flower, national flower, or other symbolic object. Some of these vessels are also christened, or "christened" before they are shipped out to their new owners.

A ship is sometimes renamed, or're-christened', if the old owner wishes to sell his vessel. This can be done to save money on new lettering and documentation. For example, the tanker MT 'Glenross' was renamed to MT 'Ross' when she was on her way to a scrap yard. Another example of re-christening was the sitcom MS 'Pacific Princess', which was renamed to 'Love Boat'.

Ships have been an essential part of trade and exploration since time immemorial. As a result, their names have played a crucial role in history. Through the years, they have supported colonization, migration, and science. By naming ships, the commercial shipping vessel can carry out a number of different missions.

Ship names have become a symbol of maritime history and culture. They have helped support global trade, migration, and exploration. They have also played a role in the development of the industry.

So many ideas, but can I use the ship names for free?

All random ship names created with this tool are 100% free to use without any need to provide credit (although we do appreciate the occasional shoutout). Be a little careful though, as there is always a small chance that an idea already belongs to someone else.

Is there a limit to how much I can generate with this random Ship Name Generator?

There's thousands of ship names in this Ship Name Generator, so you won't need to be worried that we'll run out anytime soon. Just have fun with it.

For even more ideas and some additional options, be sure to also check out the Ship Name Generator over on The Story Shack.