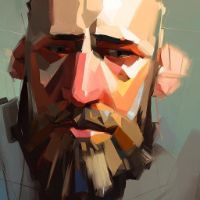 Welcome to the Cornish Name Generator! Use this idea generator to generate thousands of possibilities for Cornish names. Have fun!

10 tips for coming up with Cornish names

Cornish names come in all shapes and sizes. Some are short and simple, and others are long and complicated. Regardless of what you're looking for, you'll find a name that fits.

Senara is a Cornish name that means light. This is a name that represents a girl's unique meaning. It also evokes emotion and awareness.

The name of Saint Senara has links to Zennor, a small Cornish village. Zennor has a church dedicated to St. Senara and the mermaid chair in the church.

Senara, or Senan, was a mermaid before she converted to Christianity. She gave birth to a son named Budoc who was later turned into an Irish bishop.

Mermaids are believed to take different forms, and can often be seen singing in the waves. They are also used in medieval Cornish custom to represent Christ. Several Cornish churches have paintings of mermaids.

Senara's connection to Zennor may be due to her role as the patron saint of the town. The legend says that Senara was a Breton princess who was cast into the sea while pregnant. She was married to a Breton king who mistakenly accused her of adultery.

Senara gave her name to the town of Zennor. The town's church was also built on the site of the cell of the 6th century saint.

Merryn is a Cornish name that has its genesis in the early church. It is also a great name that can be used as a female or male.

Merryn is an old name that dates back to the time of Saint Merryn. He was an early Catholic missionary who was a saintly figure. In modern times, he is the patron saint of Paisley, Scotland. However, it is believed that he came from Wales.

A Merryn is a fun person to be around. They are outgoing and will have a lot of friends. But, you will have to watch out for their impulsive and evasive nature. This can get them into a lot of trouble.

A Merryn isn't the only name that has a lot of buzz. There are other names that have been named after the Saint. Some of the names have been made famous, such as the name Mary.

Whether you're choosing a name for a baby or a pet, it's important to know what you're getting into. For example, there are numerous names that are a waste of time, such as "Hobbs." And there are others that are actually quite useful.

St Nonna, also known as Nonna or Nonnita, is a saint from Cornwall. She is the mother of Saint David. There are several churches dedicated to her in Cornwall. Her tomb is in the town of Dirinon in Brittany.

Cornish names are a part of the Brythonic language family, with roots in Celtic mythology. They are also often derived from Welsh and Breton mythology. Some names have been used for centuries. These names demonstrate the connection between the people of Cornwall and the land.

In ancient times, Cornwall was a distinct region separate from the rest of England. During the medieval period, religious fervor and celibacy were important. Many Cornish places are named after saints. The county has a rich heritage of legends and tales.

One of the oldest Cornish saints was Morwen, a sea maiden. She was the daughter of a Welsh princess. Some legends state that she was ravished by someone named Sant.

Pixie is a cute and fun name. It's a word that is of Cornish origin.

Pixies are believed to be sprite-like beings that are often mistaken for fairies. They are said to be benevolent, adventurous and fond of exploring. These sprites are also thought to be small companions of mankind. In some places, they are known as pucks.

Pixies are known to live in the netherworld, especially in Devon and Cornwall. The myths of the pixies are similar to those of the "northern fairies", although the names differ.

One of the most popular pixies is Tinkerbell. She is a pretty young girl with a blond topknot and wings. Her magical dust enables Peter Pan to fly.

Although there are many varieties of pixie, they are commonly portrayed as elfin sprites. Sometimes they are depicted with a pointed hat, green outfit and pointed ears.

Before the mid-19th century, the pixies were taken seriously in England and in the Cornish region. A 17th century woman, Dymphna Furmage, was abducted by the pixies. When she escaped, she tried to convince the Ministry of Magic to destroy them.

Tamsin is a name with many meanings. It is often used as a short form of Thomasina, a word that was popular in English during the Middle Ages. In the UK, it is a common name for girls.

In Cornish culture, it is also known as Tamsyn. Other forms include Tamsina, Tamsi and Tamsyne. The name also appears in the Oxford English dictionary as a female first name.

A woman named Tamsin was once a famous witch in Cornwall, but she died an untimely death. She was dubbed the 'white witch' and built a reputation as a 'pellar', a spell remover. This made her famous among sailors, who would receive protective charms from her before a voyage.

Despite the esoteric nature of the name, there is no shortage of women in the UK named Tamsin. Some of the more illustrious examples include actresses such as Tamzin Merchant and Tamzin Outhwaite. Tamsin has been in the media for a number of years and has been a star of both stage and screen. Those looking to follow in her footsteps should consider names with a bit of sexy flair.

The Trevelyan family is a British and Cornish family which took its name from a watermill. The family's roots are traced to the ancient Celts. They also took their coat of arms from the local legend. Their coat of arms shows a white horse rising from the waves.

The first recorded mention of the name was in the Domesday Book. The Trevelyan family was responsible for relief efforts during the Irish Famine in the 1840s. In addition, Sir John Trevelyan was High Sheriff of Cornwall in Henry VI's reign.

The Cornish language is a unique Brythonic Celtic language which was spoken until the early 17th century. It was then Anglicized and became extinct as a spoken language. However, it was revived in the modern era.

Many Cornish surnames are habitation names. This means they were given to someone whose actual residence was in Cornwall. Others are derived from medieval given names. Whether these names follow a patronymic pattern or not is unclear.

Surnames are also affected by the naming practices of the cultures in which they are used. For instance, in Ireland, many people hold that Sir Charles Edward Trevelyan was the main cause of the famine. But defenders of the family argue that the delay in providing aid was due to the laissez-faire economics of the time.

Doryty is a Cornish name that is usually Christian. The first letter of the name, p, means 'gift of God', and the second, s, is'sacred'. Generally speaking, Doryty people are sensitive and grounded. They have a great sense of determination. Their systems help them get things done.

A popular Cornish name is Kerensa, meaning beloved. There are many variations of this name, including Kerenza, Meraud, and Meliora.

Other popular Cornish names include Conan and Kenan, both derived from Celtic 'great' and 'high'. Also, Denzil is a common Cornish name that means 'wild one'.

There are also several Cornish place names. The name Morwen/Morwenna is an ancient Cornish saint. She is the goddess of white and sea maiden. Another local legend is the mermaid of Zennor.

If you are looking for a Cornish name, you can use the same vocabulary that people in Cornwall use, including the words'morning' 'pretty', and 'fair'. In addition, some of these words are derived from Welsh.

For instance, the word'morning' means 'the beginning of a new day.' It also means 'joyful' and 'a mermaid'.

The name Endellion is primarily a female name of English origin. However, the name can also be used for a male.

It is a cornish name which is not quite as prestigious as the name of a Cornish bishop, Ruan/Rewan, but nonetheless has its fair share of nifty monikers. In addition to the usual suspects like Jago, there are also some more esoteric suggestions.

There is a local legend which suggests that a Mermaid once dwelt in the village of Zennor in West Cornwall. Although the story is a bit of a stretch, the town still boasts a cove that has inspired many artists.

In the UK, there are two notable saints with the same name. They are both based in Cornwall.

Of the two, the name of the fabled mermaid of Zennor is probably the most reputable, although the story is a little oversold. This is not to say that the other tales in the area are untrue. For instance, the town of Zennor is a little bit on the expensive side.

A little less reputable is the story of St. Endelienta. She was a very clever lady who had a vision of her impending death. After her death she instructed two bullocks to carry her body to a nearby hill for burial. Afterwards she went on to found a small chapel on Lundy Island.

So many ideas, but can I use the Cornish names for free?

All random Cornish names created with this tool are 100% free to use without any need to provide credit (although we do appreciate the occasional shoutout). Be a little careful though, as there is always a small chance that an idea already belongs to someone else.

Is there a limit to how much I can generate with this random Cornish Name Generator?

There's thousands of Cornish names in this Cornish Name Generator, so you won't need to be worried that we'll run out anytime soon. Just have fun with it.

For even more ideas and some additional options, be sure to also check out the Cornish Name Generator over on The Story Shack.