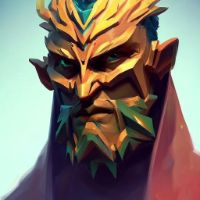 Welcome to the Wizard Name Generator! Use this idea generator to generate thousands of possibilities for wizard names. Have fun!

A Guide to Wizard Names

Wizard names come in many forms. Some are quite simple while others have a more complex story behind them. Regardless of the type of name you choose, you will want to make sure it is appropriate. You don't want to accidentally offend anyone, and that includes your pets!

If you are familiar with the Blue Wizards, you may be wondering what exactly they are and what their Wizard name is. In The Hobbit: An Unexpected Journey, Gandalf mentions two of them. However, there is no actual information about these Wizards in the movie.

The Blue Wizards were an excellent group of wizards during the Second and Third Age. They helped the Easterners rebel against Sauron. These Wizards were sent to Middle Earth by Orome, the High Lord of Valar.

Tolkien suggested the names for the Wizards as part of a plan to give them different backgrounds. He gave them a variety of names, but never assigned them a color. This is probably due to the fact that he was concerned that wearing a robe would hinder their knowledge and wisdom.

Alatar and Pallando were originally known as Maia and Aiwendil, respectively. Their name was changed to Morinehtar and Romestamo by Tolkien. Both of their names means Darkness-slayer and East-helper in Quenya.

Alatar and Pallando came to Middle Earth with other wizards in the year 1000 of the Third Age. After arriving in Middle Earth, they began a journey east. During this time, they were given a new name and a mission to encourage the people of Middle Earth to fight against Sauron.

Gwydion, Welsh for magician, is a character in Welsh mythology. He was a wise, powerful magician. His magic was used to help his nephew Lleu.

In Welsh folklore, Gwydion was the brother of Arianrhod. Arianrhod cursed him to never have a wife. However, Gwydion was a magician and was able to change Arianrhod into an owl.

Gwydion was a good magician and was able to disguise himself as a stranger. After three years, Gwydion returns to the court. As he had become a powerful lord, he thrice defied Arianrhod.

Gwydion was the Lord of Caer Wydion. He was also a wizard and a thief. At first, he was a slave to Manannan. Eventually, he learned spells in Llewdor. He was also a great warrior.

During his life, Gwydion was also a friend to his sister Arianrhod. She was an expert at magic. This made her the perfect assistant for Math. Math needed someone who could take over his wand.

Gwydion had a son named Dylan Eil Ton. However, his daughter Blodeuwedd fell in love with another man. Instead of accepting her love, she betrayed him. Ultimately, Gwydion murdered her.

Gwydion is a well-known character in Welsh folklore. He appears in books by Jenny Sullivan and Robin Jarvis. He also appears in Robert Carter's "The Language of Stones" series.

Gwydion's name is derived from the mysterious word gwydd. The word is believed to mean "born of trees" or "to know". It is also associated with gwybod "knowledge". Some believe he is a hero of ancient Wales.

Mira is a wizard name, and it is one of the most popular in Spanish speaking countries. It can also mean ocean, goodness, limit, or ocean.

This is a girl's name that is often used as part of a longer name. As a baby name, it has become quite popular in the Middle East and Spanish-speaking nations.

The word "mira" is related to the Latin word for world, which means amazing. So, if you have a daughter named Mira, she will most likely be an awesome child.

Mira is also a very popular choice in the Middle East. However, in this region, it is more common for women to have a shorter name such as Mira Shade.

In addition to being a popular name in the Middle East, Mira is a popular choice in Spain and Latin American countries. There are numerous variations of the name that are often given to children, such as Mira Rose, Mira Rosa, and Mira Rosea.

While most people are familiar with Mira from the movie Harry Potter, she isn't actually a wizard. Instead, she is the main character in the series. She is also the NPC that players interact with as they conquer the Dark Tower.

Despite her magical name, Mira has a very strong personality. When she defeats her enemies, she shows humility. After that, she becomes stronger. If you are looking for a strong teen, look no further than Mira.

If you're looking for wizard names, Atlantes could be a good choice. It is derived from the Latin word Atlas, which means bearer of the heavens.

Atlantes is a name that is popular in sci-fi and fantasy literature. They are often used for supernatural characters or comic book characters.

The main mythology behind Atlantis is that it was a fabled lost city. Plato's "Dialogues" was the first recorded account of the city. This was a metaphor for the corruption of wealth and power in ancient times.

The Atlantean myths draw upon myths from a number of cultures. One of the earliest known Atlantean names is Diaprepes, which is a combination of two Greek words meaning "distinguished" and "magnificent".

Other Atlantean names include Narmea, Cerdian, Promoxis, and Marella. These people are said to have been natives of the city of Atlantis. Their physical characteristics include human body shapes, agility, and great strength.

There are also sub-groups of Atlanteans, including mermaids and sharks. In addition to Atlanteans, there are mer-people from Tritonis, who are a splinter of the original Poseidonians.

Some people believe that Atlantis was a pre-deluge Atlantis. However, scholars are still unsure if it existed. Typically, stories set in Atlantis are based just before the end of the world.

A few Atlantean names are featured in literature and movies, such as Prospero, Severus Snape, Gandalf, and Matthew. Other names can be based on Arthurian legends or on other mythological figures.

If you are interested in naming a child a wizard name, you may find that you have a difficult time deciding between some of the most popular options. Fortunately, there are some names that are popular with both boys and girls.

For instance, there is the name Bellamy. This is an upbeat and strong sounding name, which is derived from the Old French bel ami, or "fair friend".

Another popular name is Merlin. The name has no direct English translation, but the fifth-century wizard is often interpreted as the master of the powerful warlock Blaze.

Other famous names are Gandalf, Rubeus, and Alatar. These are characters from the Harry Potter series, as well as characters in J.R.R. Tolkien's Legendary Tales.

While these names are not popular in the United States, they are very popular in many parts of the world. They have a great impact on the fantasy world. Choosing the right name can be a lot of fun. Whether you choose one of these names for your baby or not, it is important to know that the right choice is the best.

As you can see, choosing a great name can make a big difference in your child's life. It can help to make their fantasy world feel real. That's why it's so important to choose something that is unique and meaningful.

If you aren't sure what you're looking for, you can always try to find a name that is related to your child's personality or unique circumstances. By taking the time to research the name, you can ensure that the best possible choice is available to you.

Rincewind is a wizard in the Discworld series by Terry Pratchett. He is one of the series' main protagonists.

Although Rincewind is a wizard, he is not very good at magic. Nonetheless, he has a knack for languages and his spells are sometimes useful.

Rincewind was a student at Unseen University for wizards in Ankh-Morpork, but he failed his degree. As a result, he was sent to Agatean Empire. There, he nearly died several times.

At the time of his death, Rincewind had said the first seven words of a spell. It was a semi-sentient destructive spell. The spell was able to scare off all other spells. In fact, the spell was so powerful, it sounded like an actual scream.

When Rincewind was young, he used to hang out with Noodle Jackson. Later, he joined a football team at Unseen Academicals. But after a couple of years, he began to feel insecure about himself.

Rincewind has had a lot of adventures. For example, he has visited Hell, the Agatean Empire, Rim, Klatch, Dungeon Dimensions, and many other locations.

As the main character of the Discworld series, he has also been the subject of numerous movies. Among them are The Colour of Magic, The Light Fantastic, and The Last Hero.

Rincewind's personality and actions have been the subject of criticism. Some say that he is a failure and an incompetent wizzard. However, other people say that he is the most interesting person in the world.

So many ideas, but can I use the wizard names for free?

All random wizard names created with this tool are 100% free to use without any need to provide credit (although we do appreciate the occasional shoutout). Be a little careful though, as there is always a small chance that an idea already belongs to someone else.

Is there a limit to how much I can generate with this random Wizard Name Generator?

There's thousands of wizard names in this Wizard Name Generator, so you won't need to be worried that we'll run out anytime soon. Just have fun with it.

For even more ideas and some additional options, be sure to also check out the Wizard Name Generator over on The Story Shack.