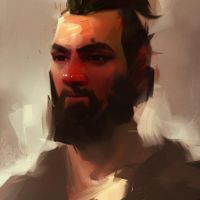 Welcome to the Norwegian Name Generator! Use this idea generator to generate thousands of possibilities for Norwegian names. Have fun!

A Quick Guide to Norwegian Names

Norwegian names are very unique. They are all based on Nordic mythology and can be quite complicated. But they are all worth learning about. Here is a quick overview of a few of the Norwegian names that you may want to know about.

In Scandinavia, Astrid is a very popular name. Astrid is one of the oldest female names in Scandinavia and has been in use for hundreds of years. Many of the Norwegian royal families have used the name. The name is also common in Germany, Sweden, Denmark and France.

In the United States, Astrid is not considered very common. However, there is a rising interest in international names. There are a number of meanings for the name, which include star-like radiance, godly strength and the beauty of the gods.

Astrid is a relatively uncomplicated name to pronounce. Most people pronounce the name with the stress on the first syllable. Some people also lengthen the second syllable. This is often referred to as the "AS-treed" pronunciation. If you are unsure about the correct way to pronounce the name, you can find out with a listening name utility.

Solveig is a Norwegian name that is usually given to girls. It is also the name of a character in Henrik Ibsen's Peer Gynt, a story about the power of friendship. In the play, the character's name is actually a reference to the sun.

While the name is not very common in the US, it is somewhat popular in Denmark and Germany. You can find Solveig as a baby name in most European countries and the Faroe Islands.

There are many people who believe that the name of a person has a profound influence on their life. Using Solveig as a baby name can be a great gift for a new family. Whether it is a baby boy or girl, this is a very popular name in Scandinavia.

This particular name has a long history. The first recorded use was in 1909. Five newborn babies were given the name. Some of the more interesting names used in association with the name are the following:

One of the more interesting uses of the name Solveig is in the musical suite by Edvard Grieg. The title song is titled "Solveig's Song", which is a shortened version of the more traditional Solveig.

Name Gudrun is a Scandinavian name with origins in the Germanic language. It's one of the more common names given to females in Sweden and Norway. The word is also used in the United States.

One of the more popular variants of the name is Sigrid. This is a Norwegian female given name derived from the Old Norse word sgil, which means "spear". There are several possible meanings for this name.

Other variants include Gertrud and Hel. Another possible name for this is Sif. Interestingly, Sif is a name of a Norse goddess.

Gudrun is also one of the oldest Scandinavian names. Her story appears in a number of literary works, notably the Eddas and Volsungasaga. She was also the wife of Sigurdr, the legendary hero of Icelandic folklore.

While the name may have an unclear or even negative meaning in other countries, it does have a number of positive characteristics. It's not only an attractive name, but it also has the honor of being the most frequently given name in Sweden, which means that it's a great choice for a baby girl.

Eivor is a Norse name that's traditionally associated with women. The name is a derivative of the Proto-Norse word Eyvor, which means good luck or defender. Among its other meanings, it is also a term for a gift.

Other names that include the same root include Jarle and Asa. This name is also found in Swedish culture.

However, in Norway, Eivor is a female name. It's not a common one. In fact, it was used by less than five people a year from 1880 to the present.

Although it has several meanings, the name is only used to refer to a girl. Nevertheless, this Nordic name has more titles than you can shake a stick at.

In the Norse mythology, the Eivor is the name of a reincarnated Odin. In fact, she was the first person to cross Vinland, and is buried there.

She is a feisty and curious character, who possesses a remarkable memory and analytical intelligence. While she can be a bit aloof at times, she also exhibits a certain zest for life.

The Norwegian name Inga is a fairly common feminine baby name. Its use is largely restricted to Norway, but the name can also be found in Denmark, Sweden and Finland.

Although the Norwegian name Inga is no longer as popular as it once was, it hasn't gone completely out of style. On the contrary, it's seen a rise in popularity after the success of the TV show Vikings. Today, a number of modern-day Scandinavians go by the name.

The name Inga can mean a number of things. It may be a Scandinavian version of the word 'happiness', or it may simply refer to the name of a Norse god. Either way, it's a nice name.

According to the US Census Bureau, the name Inga is more likely to be used by women than men. For instance, in Norway, there were 4,518 girls named Inga, compared to 2,921 men. This is more than the estimated population of the Falkland Islands (Malvinas).

The Norwegian name Inga is not the only name with a pretty sexy a name. Inga is the feminine diminutive of the Swedish name Ingeborg, which means 'hero's daughter'.

If you're searching for a girl's name with a lot of personality, you may want to consider a Norwegian name like Terese. This short, syllabled name is not as popular as other names in Norway. But it is also a versatile choice. It's easy to pronounce and has a few interesting meanings that can make it a unique choice for your child.

Aside from the American and Scandinavian meaning of the name, the word Terese also has an English origin. For instance, a woman named Terese is a person who enjoys change and is also very practical. She will have a successful career and earn money in politics and inventions.

Norwegian girls' names often follow a trend. For example, Sara has been a common choice in Norway since the 1970s. However, it fell out of fashion in the early 2000s.

Helge is a Nordic name that comes in both male and female varieties. In fact, it's actually a fairly rare Scandinavian name, and its usage has actually been declining over the years. There's also a slew of variants on the name, such as Oleg and Helg. So, what is it that makes this Nordic name so cool?

As with most names, the name comes from a variety of sources. For instance, it's derived from the Old Norse unisex name Helgi. It's also been found in Slavic, Norwegian, and German languages, along with other non-nordic locales. Despite its relative rarity, it's a name that you'll probably see on a number of baby's first t-shirts.

The Helge name isn't for everybody, however. Some people consider it a misnomer, as it's not as common a name as its Scandinavian and German counterparts. That said, it does have a small fan base and is on the rise.

Ragnhild is a Norse name that has been around for a long time. Originally it meant battle counsel, and it has been used for several different purposes. It has also been given to saints, athletes, and fighters.

While the name may not be as popular in the US, it has a rich history. The name has roots in Old Norse and German, and is a very strong female name. For example, it has been given to Scandinavian royalty.

Many people choose names that mean something to them. Many also believe that the name can be a factor in success in life. Naming a baby is the first thing a parent does. This is a very important process. However, it can be tricky. There are many variables that can affect the name's popularity. Some of these include spelling variations, transcription errors, and pronunciation.

Using initials can be an excellent way to discover the meaning of a name. However, there are several different variations of a name, and some of them are simply a result of how the compilers of the name wrote it.

Tiril is one of the more popular baby names in Norway. Statistics Norway recently released its baby naming data, and Tiril was on the top of the list for girl's names in Oppland and Aust-Agder counties. To put this in context, the name is also a pretty big deal in Turkey, where 1 in 69,175 people are dubbed Tiril.

Not surprisingly, a Tiril was also on the list of Norway's top baby names in the past. The name isn't a household name in the US, but the name is a favorite in Australia, where it is one of the more common first and last names. As for the actual number of babies born with the name, it is a relative unknown. It is also not the most common Norwegian name, though it appears to be on the rise.

It is unclear what inspired the name Tiril. Many experts speculate that it might have been derived from the name of a 19th-century poem, which is also the name of a character in Johan Sebastian Cammermeyer's eponymous novel.

So many ideas, but can I use the Norwegian names for free?

All random Norwegian names created with this tool are 100% free to use without any need to provide credit (although we do appreciate the occasional shoutout). Be a little careful though, as there is always a small chance that an idea already belongs to someone else.

Is there a limit to how much I can generate with this random Norwegian Name Generator?

There's thousands of Norwegian names in this Norwegian Name Generator, so you won't need to be worried that we'll run out anytime soon. Just have fun with it.

For even more ideas and some additional options, be sure to also check out the Norwegian Name Generator over on The Story Shack.