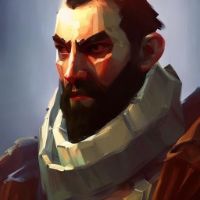 Welcome to the Human Name Generator! Use this idea generator to generate thousands of possibilities for human names. Have fun!

The Meaning and Origin of Human Names

Human names are a way for people to identify themselves. They can have a unique name that is derived from a personal experience or a personal trait. In addition to being unique, they can have different meanings and origins.

A name is a linguistic symbol which signifies an individual. Names have been around for centuries and may have existed before written languages. They are also one of the great mysteries of science. The origins of human names have been investigated by archaeological studies.

Initially, people were known only by their nicknames. However, they eventually developed a system of names which can be used to distinguish individuals and their families. These early names were descriptive and often referred to animals or plants.

As people migrated to different places, they brought with them new names. Some of these were distinctive and were influenced by more common occupational and location names. In some cases, however, the distribution of these names was limited.

Surnames are personal names which are derived from an ancestor's family name. The earliest forms of these names were given to a child by his or her father, mother, or another older person.

Most prehistoric cultures conferred a name upon a child, usually at a young age. Some of these names were descriptive, while others were based on the appearance or characteristics of the child. It is possible that these names have supernatural powers.

Before the Middle Ages, the English language did not include many surnames. This was due to the fact that a name was only spoken before a written form was imposed on it.

After the Norman Conquest, surnames were introduced into the English language. Until then, most people had no hereditary surnames. Instead, they had first names like Richard, John, and William. Many of these names were corrupted.

During the Middle Ages, surnames continued to evolve. During the Enlightenment, the custom of parents choosing their children's names was encouraged.

The middle name is a name that is usually picked for a child by a family. It can either be a part of the given name, or it can be used as a surname.

Middle names have existed for many centuries. During the 17th century, some of the wealthiest families in the world used them. In the 20th century, they became more popular among the general public.

Some of the most popular middle names for boys and girls are based on nature. Lily, for example, is a beautiful white flower that symbolizes innocence and rebirth.

A common type of middle name is one that indicates a religious affiliation. There are a variety of options that include Christian, Jewish, Hindu, Muslim, and Buddhist names.

For parents seeking a unique, refined name, Claire is the perfect option. Originally derived from Late Latin "clarus," it is an elegant and classy name that has maintained its popularity.

One of the oldest types of names is a traditional middle name, such as Theodore. This name is a combination of the Greek word theos, meaning "gift," and the Latin word giftus, meaning "heaven." Historically, it has been used by early popes and saints.

Another trendy name for girls is Sutton. Often, this name is attributed to American actor Bradley Cooper.

Another traditional and timeless middle name is Jack. It has a charming air and is appropriate for a boy or girl.

Another classic, feminine middle name is Michelle. Although its popularity has dropped recently, it remains a desirable name.

While some of the most popular contemporary names for girls are more gender-neutral, a few are more popular among men. Eugene is a great choice for fantasy lovers.

Names are important because they establish an identity for an individual. There are different kinds of names, each with its own meaning and connotation. For example, the name "Wolf" evokes images of a ferocious animal. This is one of the most popular names.

Other names are more abstract. Examples of names that are the epitome of a name are the ones derived from mythology or from other languages. Some of these are borrowed into English and subsequently lost their lexical meaning.

The naming of a baby is an important decision that must be carefully thought through. Not only does a name give a child a distinct identity, it also gives him or her a lifelong sense of self.

A name's most significant function may be as a way of establishing a relationship with an infant. Such associations can be positive or negative.

There are many different types of names, from personal to incident. In the Western world, the first name is typically given to a child. It is used in conjunction with the surname to distinguish the person from others of the same family.

Incidental names are based on the circumstances surrounding the birth of the baby. They are not uncommon in cultures across the globe.

Didymus is a Shakespearean name that has been in use for centuries. It may have sprung from the biblical name Iscah or the Aramaic byname 'twin'.

The first gospel of the New Testament was penned by Matthew. He is also the husband of Mary.

Another notable name is Yosef. Yosef means "God shall add another son." Jacob had a favourite son with the name.

Many modern names are derived from the names of god. Examples include Michael, Aaron, Noah, Moses, Elijah, and Jesus.

An Eastern naming order is a fancy way of saying that names are written in the order of their family name. Although most East Asian names are transliterated to Western order, some people still prefer the old fashioned way.

The Western name order is usually used in Europe, North and South America, Asia, and Australia. It is also often seen in Southeast Asia, the Philippines, and in some New Zealander's lives. Occasionally, it is combined with English transliteration.

Although it is not as widespread as it once was, the Western name order is still in use in some countries. Some, like Japan, still write their family names in capital letters.

Another naming convention of note is the patronymic. It is a fancy system involving a given name and a parent's name. In some cultures, it is used to describe people apart from their given names.

There are other naming systems, including the Arabic and Russian systems. Often, these systems contain one or two bynames, a given name, and a patronymic.

While it is not entirely clear why these systems are in competition, some speculate that national pride drives the debate. Other factors, such as the cultural differences between the languages, are at work. As a result, different names can be rendered in different orders, and people can be confused.

Animal-themed names are becoming more popular as baby names. These names are great for a child, and they are also cool. However, you need to be careful when choosing a name for your baby. They are not always the most suitable names, and if you pick the wrong one, it may attract ridicule from your peers.

There are many animal-inspired names, from the regal to the obscure. Some of them are rare worldwide. Others are more common, including a few bird-related names. Here are some of the most popular and unusual animal-inspired baby names.

Bear is a name that is associated with a strong and brave bear. It is also an ancient English name.

Ibis is a Latin name for a long-legged wader. Originally it was the symbol of the Egyptian god Thoth. Earlier Christians admired doves, which were considered a symbol of good luck. In a few languages, doves are still revered.

Koko is a Japanese baby girl name. It means stork. The name is also used as a female gorilla name. Traditionally, storks carried babies to the new parents.

Kitty is a popular cat name. It is also a nickname for Katherine. Other animal-related names include Joey, a pet name for many baby animals.

Finch is a bird-inspired name. A surname of Atticus in To Kill a Mockingbird, it was also the name of a character in the movie.

Rex is a regal name. It is derived from the Latin word "rex" and is associated with a king. Besides the regal, it is short and has a very unique sound.

The animal-inspired names listed here have been ranked in the U.S. for 2022. Most of them are rare in the United States, but some are also in Europe.

So many ideas, but can I use the human names for free?

All random human names created with this tool are 100% free to use without any need to provide credit (although we do appreciate the occasional shoutout). Be a little careful though, as there is always a small chance that an idea already belongs to someone else.

Is there a limit to how much I can generate with this random Human Name Generator?

There's thousands of human names in this Human Name Generator, so you won't need to be worried that we'll run out anytime soon. Just have fun with it.

For even more ideas and some additional options, be sure to also check out the Human Name Generator over on The Story Shack.