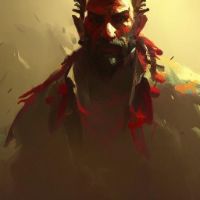 Welcome to the Giant Name Generator! Use this idea generator to generate thousands of possibilities for giant names. Have fun!

10 tips for coming up with giant names

Giant names are a staple of fantasy literature, and the term has even come to the mainstream. While there's no evidence of giants ever being a reality, they're a part of many cultures' mythologies, from the Greeks and the Thracian's to the Norse and the Celtic's.

There are many giant names in Norse mythology. Some of these include: Thor, Odin, Frigg, Fenrir, Jarnsaxa, Utgard-Loki, Bestla, Thjazi, Bor, and Surtr. Each of these beings is associated with different aspects of the Norse world. These beings may have multiple heads, fangs, claws, malformed features, and more. Generally, these beings are considered as ancient and old.

There are many giants who have been deified as gods. The most well-known ones are Thor and Loki. Both of these are very influential gods. They are also known as tricksters. Aegir is another giant who is often considered as a god. He is a sea giant. In addition, he hosts feasts for the gods in a palace at the sea.

There are many female gods and goddesses in Norse mythology. They are just as important as the male ones. Many of these beings are married to the gods. For instance, Skadi was the daughter of a giant.

Another major goddess is Frigg. Her name comes from frija, which means "to love". She was a fertility goddess. She was also associated with marriage and household matters. Among other things, she was the mother of Baldur, the eldest son of Odin and Frigg.

Besides being a mother, Frigg was the goddess of marriage. She was also a very bright goddess. She was said to be much brighter than Odin. However, her reputation as a mother was not as high as that of Odin.

One of the most famous of the giants was Loki. He was a frost giant. His name comes from the word lok, which means "feet". This being was also a trickster. He was a member of the AEsir.

Giants are powerful beings in Greek mythology. They have huge bodies with snake-like legs, bushy beards and dragon-like tails. They are also very close to the human race. Some of them are good and some are bad. There are several different myths about the giants.

The oldest giants were Cyclopes. These giants were born with a single eye. In some stories, they lived in caves in Sicily. When Hera or Apollo shot an arrow at them, they died. One of the Cyclops was Polyphemus. Another was Polyphonte. He was an attendant of Artemis. Other Cyclops were ARGOS PANOPTES, POLYPHEMUS, and EPHIALTES.

The next giants were Younger Cyclopes. They were the descendants of Poseidon. They were also referred to as the younger generation of the Giants. Their names were Enkelados, Porthaon, and Alcyoneus.

After the Titans lost the war, the giants rebelled. They were eventually imprisoned in Tartarus. It was later said that they would be destroyed by a prophecy.

During this time, the Greeks made distinctions between the giants and the Titans. The Titans were larger than the Giants. But the Giants were more powerful.

Some of the giants were considered good by the gods, while others were evil. Eventually, the Giants were defeated by the Greeks. This was a symbolic victory for Greek civilization.

Another giant was TITYUS, who was a lawless ass. Heracles defeated him by dragging him out of his land.

In the past, the Celts dominated much of Europe. However, after the Roman invasions, the Celts were reduced to small groups. Today, Celtic mythology is retold by writers and continues to be popular in modern art.

Some of the major gods of Celtic mythology are Cernunnos, Belenus, Camulus, and Lugus. They are often interpreted as gods of nature, animals, and commerce. These ancient gods were revered in different regions of Europe.

Many other Celtic myths mention the otherworld. In addition, most stories involve deceit, trickery, and adventure. Often these stories also include conflicts between gods in the divine realm.

Another ancient Celtic god is Borvo, whose name comes from the Celtic word meaning "to boil." He is frequently associated with natural hot springs. Borvo's name was also used by the Romans. The Romans equated him with Apollo.

Belenus was known in various regions of Europe, including southern France, southern Italy, and eastern Alps. Typically, he is depicted as a horned god. This Celtic god is associated with springs, fertility, and prosperity.

Another important Celtic god was Dagda. In Irish mythology, Morrigan is a shape-shifting war-goddess. During the festival of Samhain, she is an important goddess. Aside from her role in stirring up battle, Dagda is believed to have guaranteed fertility for the coming year.

In the Ulster Cycle, Cu Chulainn is portrayed as a son of a human woman and a god, Lugh. The Irish-Celtic god is a warrior and has a great club that can bring back dead people.

The ancient Celts had many gods, but most were local deities. Each tribe had a specific god. Most of the gods were associated with certain roles, such as warriors and kings. There was also a divine woman called Cailleach, who was said to be the creator of weather and land.

Giants are huge humanoid creatures that have been known to wreak havoc on humanity for thousands of years. Giants are also large enough that they have their own social order called the Ordning. These giants have a wide variety of unique capabilities and abilities, and they can be a source of fun for your Dungeons and Dragons game.

A D&D dwarves have a bonus armor class against giants, and they have a good track record fighting these monsters. However, if you want to take a trip to the land of the dragons, you may want to pick a different name for your creature.

There are a number of different species of dragons, and some of them are quite elusive. You may want to consider one that is native to your world. Abazigel is a Tethyr home dragon. If you are looking for a silver or gold species dragon, try Adamarondor or Balagos.

The best way to name your dragon is to draw a picture of it and give it a backstory. This is an important step because the dragon will have a definite personality and will react to your character differently.

Another good reason to choose a cool name is to set the tone of your character. Names can affect your character's personality and their ability to succeed. They can also provide some inspiration for you when it comes to creating a unique dragon.

Some of the best names for giants are the ones that have nothing to do with the size or strength of the giant. This is because it can be a fun and interesting game, and it is always great to find out more about your creatures.

The Thracian mythology includes a large number of giant names. Gigantes are described as powerful beings with great strength. They were often associated with Titans. Some giants were referred to as "human-like". There were many variations of these mythical beings, including the Thracian Gigantes and Arcadian giants.

Thracian Gigantes were a group of ferocious giants that fought against gods. These ferocious beings numbered 24. Several of these giants had a beard and hair, while others were human-like. Most Gigantes were thought to be five meters tall or larger, though they may have been only three meters in height.

One of the giants who was known for his ferocity was POLYPHEMUS. He was a giant with an eye in the middle of his forehead. Other giants with eyes included Cyclops and Argus.

Another Thracian Giant was TITYUS. He was chained in the Dungeons of the Damned. A vulture was known to feed on his liver.

Porphyrion was the king of the Pallene Giants. His name was also a form of the Greek word porphyro, which means "Gleaming Darkly". But he was killed when he tried to violate the goddess Hera.

Many other giants were killed by Heracles. In particular, Alcyoneus was immobilized, and Heracles used Zeus' herb to plug his nostrils. He then dragged the giant over the Thracian border and slew him.

Another Arcadian Giant is ANTIPHATES. He was a man-eating giant. This was one of the giants that Odysseus encountered while traveling.

So many ideas, but can I use the giant names for free?

All random giant names created with this tool are 100% free to use without any need to provide credit (although we do appreciate the occasional shoutout). Be a little careful though, as there is always a small chance that an idea already belongs to someone else.

Is there a limit to how much I can generate with this random Giant Name Generator?

There's thousands of giant names in this Giant Name Generator, so you won't need to be worried that we'll run out anytime soon. Just have fun with it.

For even more ideas and some additional options, be sure to also check out the Giant Name Generator over on The Story Shack.