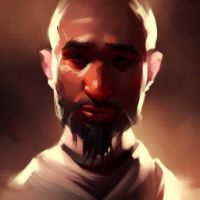 Welcome to the Monk Name Generator! Use this idea generator to generate thousands of possibilities for monk names. Have fun!

10 tips for coming up with monk names

Having a monk name is a great way to honor the great and inspirational people who have made contributions to the Buddhist community. There are many names available, from the mystical to the warrior. You can find a name that fits your character perfectly.

Dnd monks are agile and quick

DnD Monks are fast, agile and quick. They do not do well with weapons, but they are strong enough to use a variety of support abilities. Mostly they function as opportunistic combatants who avoid prolonged melees.

At the beginning of the game, they may not have a lot of skills to show for their efforts. However, as they gain experience and develop their abilities, they become more useful to the party. As a result, they are usually a reliable and helpful ally.

The Monk is also a good candidate for the Mage Slayer feat. This gives them a second mobility option and provides more options to squeeze enemy spellcasters.

They can dodge fireballs and run across water. They also have a speed bonus that increases with monk level. And they can perform physics-defying acrobatics.

For a quick, dependable source of damage, you can try Searing Arc Strike. This is a low-level AoE attack that scales with Ki points. It can be used as a secondary attack to your ranged weapon.

A Monk can learn to channel ki, which allows them to deal force damage in the form of an Unarmed Strike. They can also use a ki-fueled version of Radiant Sun Bolt.

At 5th level, a Monk can get an additional shot with their Radiant Sun Bolt. They can also make lethal vibrations, which reduce the target to 0 hit points until the end of the effect.

Buddhist Dharma names are ideal for any spiritual character

Dharma names are spiritual names that are used to designate a Buddhist monk or nun. These monks are usually given a name that reflects the lineage of the teachings that they are studying.

Some of the Buddhist Dharma names are very common. Among them are Shakyamuni, Amida, Amitabha, Miao-Yin, Lhamo, and Buddha.

The names evoke thoughts of peace, calm, and relaxation. They also represent the values of dignity, integrity, and equity.

One of the most common Dharma names is the Vajra, a symbol mainly used in Tibetan Buddhism. It represents unity to reach enlightenment.

Another symbol is the Endless Knot, a symbol of interconnectedness. It also represents the Samsara cycle.

Another Buddhist Dharma name is the horse, a symbol of loyalty and devotion. It embodies the Buddha's devoted pursuit of his teachings.

The Vajra, which is also used in Chinese Buddhism, is a symbol of strength. It shatters devious influences and afflictions.

The phoenix, which is a mythical bird, represents peace and compassion. It is also the protector of the Buddha.

In Buddhist literature, the voice of the Buddha is called "Lion's Roar". It is a powerful voice that teaches Dharma.

In Burmese Buddhism, Dharma names are generally given in Pali. This is because the language of Pali is related to Sanskrit. Traditionally, the first letter of the Dharma name is determined by the day of the monastic's birth.

Some of the Dharma names are chosen by the spiritual leader of the monastery. Usually, the first letter of the dharma name is a kanji of the Amida Sutra. Other than that, dharma names are often given in the language of the sangha.

Notable monks have had a significant influence on the lives of ordinary people in the past. They have spread religion, culture and education throughout their communities. These monastic traditions have evolved over many centuries, and are still practiced today. This list of notable monks is grouped by nationality, and includes Buddhist, interdenominational, and eclectic practitioners.

A monk is a person who takes a vow to devote his life to religious pursuits. Monks usually live in a monastery and follow certain rules. Some orders are more strict than others. In general, monks are expected to be chaste and to take vows of poverty and obedience. However, not all monks enter the order voluntarily.

The monastic rule, known as the Rule of St. Benedict, reflects the spirit of seeking God through community. During the Middle Ages, the Carthusians and Cistercians were the dominant orders in Europe.

The Abbot of La Trappe in northwest France, Armand Jean le Bouthillier de Rance, reformed the abbey's Cistercian order. His heritage was considered a departure from the 12th-century founders of the Cistercian order.

Buddhist monks played an important role in ancient Korea. Some monks were granted special favor at the royal courts. Other monks studied abroad in China, bringing back religious ideas and teaching them to their Korean peers.

Some of the most famous monks in history include St. Antony of the Desert. He is considered to be the grandfather of all Christian monks. Although the monk did not start the first Christian community, he helped to organize monasteries and opened them up to thousands of Christians.

The Shaolin Monks are renowned for their incredible feats of strength and speed. They are also famous for their martial arts style.

Shaolin monks practice the martial arts daily. Some of them start training at three or four years of age. They are taught to control their body and to regulate emotions.

Shaolin monks have been featured in several movies and TV shows. In 2006, the Simpsons visited the Shaolin Temple. However, not everyone who attends the temple becomes a master.

Shaolin monks spend eight hours a day training in their martial arts. In addition to their training, they participate in ceremonies. One of the most impressive feats of strength is the ability to defy gravity.

While the exact origin of the Shaolin warrior fighting style is unknown, the method originated from the everyday tasks of the monks. For example, they had to repeatedly strike objects to strengthen their palms.

In addition to their fighting abilities, the Shaolin monks are also known for their agility and speed. This was achieved by completing routines and balancing on buried posts.

In fact, the Shaolin Temple is a home to a monastic army. Military experts from across the Ming Dynasty came to study the art of fighting. But in the 17th or 18th century, the Qing dynasty began persecuting the monks.

However, this doesn't undermine their hard work. Many of the monks that fled the temple were able to spread their knowledge of the Shaolin style.

A monk is an individual who is trained to carry out religious rituals and maintain the congregations of a Buddhist community. Most monks are celibate. They are allowed to accept money from the households of members of the community. The Virupa Monastery in Seattle is one such place where you can find a monk teaching you about Tibetan Buddhism.

It's not just the Buddha that the Monastery in Seattle teaches about. It's also the other Buddhist schools that are represented. Some of the top Lamas from all four Tibetan schools teach here. In addition to classes, the Monastery provides a meditation center on Whidbey Island.

Aside from teaching, the Monastery also has an impressive library, which contains thousands of volumes. You can read books here by yourself or with a teacher. Besides, the Library has a large collection of audio tapes of teachings from noted Lamas.

The Virupa Monastery also hosts many discussions. These are open to the public. There are even classes for children. Many of the discussions focus on how to build compassion in yourself and others.

The Monastery has an Advisory Board that includes 10 members. This is an organization made up of the Head Lama of the Monastery, the Executive Director, the Tibetan Cultural Advisor, and other coordinators.

The Monastery has a bell-shaped stupa, located in front of the center. This is meant to symbolically represent the enlightened mind of the Buddha.

Japanese monks are known for their sheer kindness and mystical talents

Japanese monks are renowned for their devotion to the Buddha and their mystical powers. During the Heian period, Japanese priests studied Vajrayana, an Esoteric Buddhist, in China and returned home to found influential monasteries. These institutions were a combination of university and military school. Monks are given titles as part of their initiation.

The monk with the most impressive title is Genno Shinsho, who was a 14th century monk and bodhisattva. He performed some interesting miracles, including helping the serpent deity give birth. As a bodhisattva, he was expected to help others in their quest for enlightenment.

A well-known example of the above mentioned omameention is the seven lucky Gods of Japan. They travel the country all year round, and come together to bless the new year.

A more modest feat is the fact that some monks have been mummified. This practice was banned by the Emperor Meiji in 1879. While they are not a common sight in the West, they are seen throughout China, Taiwan, South Korea and Japan. Their bodies are said to have been preserved by starvation. In addition, some monks use the mystical talents of courage and a little knowledge of the scriptures.

Hotei is a bodhisattva that has been around for a while in East Asia. He is based on the Chinese Buddha Budai. He has been incorporated into other philosophies, like Zen, but is still an important figure in Japanese religious life. It is not uncommon to see sculptures of Hotei.

So many ideas, but can I use the monk names for free?

All random monk names created with this tool are 100% free to use without any need to provide credit (although we do appreciate the occasional shoutout). Be a little careful though, as there is always a small chance that an idea already belongs to someone else.

Is there a limit to how much I can generate with this random Monk Name Generator?

There's thousands of monk names in this Monk Name Generator, so you won't need to be worried that we'll run out anytime soon. Just have fun with it.

For even more ideas and some additional options, be sure to also check out the Monk Name Generator over on The Story Shack.