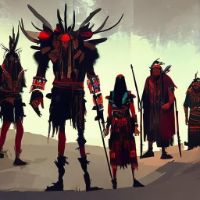 Welcome to the Clan Name Generator! Use this idea generator to generate thousands of possibilities for clan names. Have fun!

If you're a fan of the game Apex Legends or the video game CS:GO, you might be interested in learning about the different clan names. The best clan names are the ones that are easy to remember and represent who you are. This article will cover all of the different types of clans and give you some tips and tricks for choosing the best clan.

When looking for a name for your Apex Legends clan, you should know that it's not just a matter of choosing a random character. You need a name that's a good fit for your group. This way, you can avoid negative comments or harassment.

One of the best ways to do this is to get creative. If you have ideas, you can come up with a cool name for your group. Think of the names that you see in your favorite movies, games, or cartoons. The best clan names are ones that are fun, short, and easy to remember.

It's also important to check out trends in the gaming world. Many games have special characters or numbers, which can help you distinguish names that sound similar.

Clan names are the perfect way to show off your unique personality. Not only will your name stand out, but you will also be able to find people to join your group.

While it's fun to get creative, you don't want your name to be too snazzy. A name should be simple to type, but if it's too long, it will be harder to read. Try to use at least three letters and no more than two colors.

The best clan names aren't necessarily the most creative. They're the ones that are a good fit for your group and show off your individuality. Some of the coolest clan names for Apex Legends involve existing characters. But there's no need to limit yourself to these types. You can also include your own personal twist on things, or even a pun or clever word play.

You can also check out the rename cards available to Apex Legends players. These cards can be purchased for 299 Syndicate Gold. You can also claim them as rewards in challenges.

When you are creating a new CS:GO team, it is important that you come up with a good name. The name will be remembered for many years and will show players how successful you are in the industry. Choosing a name is a process and can take some time. You should ask others for their opinions before you make your decision.

Before choosing a name, you should consider the theme of your game. If you are playing Counter-Strike Global Offensive, there are a few common naming conventions. Some of these include single entities, locations, sports conventions, and more.

Another thing to consider when choosing a team name is the persona of your team. Usually, clan names are inspired by things that are important to the group. These can include skill, nobility, and other qualities.

You can also use adjectives to represent certain traits. Using adjectives is a great way to make your name unique. However, be sure to check your options for trademarks.

Other ideas for a CSGO team name can include a name that represents nobility or strength. You can also play with numbers and symbols. Make sure to check your e-commerce csgo team name to ensure that it is not infringing on any existing trademarks.

Finally, you should take a look at gaming trends and pop culture to help you decide on a name. Check out name generators to find cool clan names.

With a little work and research, you can be on your way to creating a name that will stand out from the rest. Consider using a cool font for your username or nickname.

Having a cool team name can also encourage other players to join your team. If you want, you can name your team after a famous person. It can also be a fun and humorous way to get people interested.

Creating a CS:GO team name can be an enjoyable experience if you have the time. But before you start naming your team, it is a good idea to brainstorm with friends or family members.

If you're planning on creating a clan in Riot Games' popular FPS, naming your team should be on the top of your list. Whether you choose to go all out with a catchy name or stick with your name, you'll want to make sure that it's memorable and enticing to newcomers.

There are a few steps you'll need to take to create your clan, including picking a name and setting up an in-game account. Once you've mastered those, you'll be able to take your clan to the next level.

The first step to naming your clan is to brainstorm a name that will be memorable. You should also consider the game's rules of engagement. Some games limit the number of characters you can use in your name, while others allow you to add special characters, numbers, and letters.

Another good way to come up with a name is to play around with name generators. These tools will help you find the right combination of words, symbols, and acronyms to create the perfect title. Alternatively, you can draw on your favorite gaming or pop culture references to come up with an aptly named group.

A four letter name is a great choice for close-knit groups, but you should be aware that this type of name is fairly limited. Using the letter of the unit station is another great way to name your clan.

While you're at it, you may also want to include some fun facts about your clan, such as its location or what it's known for. For example, if you're an avid fan of a particular movie series, naming your team after a character from the show is a savvy move.

Creating a clever clan name isn't as hard as you might think. With the right tools and a little brainstorming, you can come up with a winning clan name in no time at all. And with Riot's new nickname feature, you can keep your name fresh. Best of all, you don't have to shell out any of your own cash to make it happen.

The Warriors universe is a popular book series that features four clans of cats. Each Clan is unique and has its own skill and beliefs. However, there are only a few rules for cat names in this universe.

For starters, you can name your cat after something you see, hear, or feel. You can also name it based on the season. There are many naming conventions in the Warrior Cats book series. In addition, authors can make their own naming rules. Regardless of your choices, there are thousands of unique warrior cat names to choose from.

For example, ThunderClan is a warrior Clan. Their leader is Thunderstar. He leads the group to new territories and meets the ocean. This Clan was a part of the Warriors universe until Thunderstar joined ShadowClan.

Another warrior Clan is ShadowClan. Its members are awesome. They are usually the antagonists in the Warriors books. Some of their members include Bramblestar, Hawkfrost, Darktail, and Tigerstar.

The fifth warrior Clan is SkyClan. They lived in the original forest but were chased out by other Clans. After the destruction of the forest, they tried to find a new home in a gorge. But rats and human deforestation eventually destroyed their home.

The other warriors in this series are WindClan, RiverClan, and ShadowClan. These Clans were not introduced until later in the Warriors books.

Other warriors may have a name that is more personal. This could be a family name or a childhood name. Also, some of the Clan leaders have a special suffix.

Besides the five warrior Clans, there are also some smaller groups that are not canon. They are sometimes known by their location, founder, or a specific skill. If you are writing a fanfiction or story, you can use the Warrior Cats book series' naming rules to create a unique name for your cat.

So many ideas, but can I use the clan names for free?

All random clan names created with this tool are 100% free to use without any need to provide credit (although we do appreciate the occasional shoutout). Be a little careful though, as there is always a small chance that an idea already belongs to someone else.

Is there a limit to how much I can generate with this random Clan Name Generator?

There's thousands of clan names in this Clan Name Generator, so you won't need to be worried that we'll run out anytime soon. Just have fun with it.

For even more ideas and some additional options, be sure to also check out the Clan Name Generator over on The Story Shack.